"The important thing is to never stop questioning"
- Albert Einstein

MARCH MAMMAL MADNESS IS ON!

Career/Technical Education and Science teacher Janelle Hanks create a March Madness activity for wildlife animal lovers. It's called MARCH MAMMAL MADNESS. Various animals "fight" to see who ends up the "champion of the Animal Kingdon." Animals are ranked and seeded determined by their warrior advantages, until a final animal stands alone. Wildlife Biology students fill out brackets and compete for trophies.

You should all know COVID-19 has been here for a little more than a year at this point but right after its anniversary hits the number starts to go down. COVID-19 has been killing and infecting people across the world for a year now but luckily the numbers are starting to go down and we may even be mask-free in the summertime just in time for next year.
The vaccines against the virus are all at least 95% effective at preventing it and 10% of American's have already been vaccinated and if we stay at this rate we will all be vaccinated in a few months. The US has 3 vaccines going around; they are Fizer, Moderna, and Johnson and Johnson Vaccine. Both Moderna and Fizer need 2 shots to give you its full effect but the Johnson Johnson only needs one to get the full effect and get the resistance to the virus. More people have been vaccinated than people who have tested positive for the virus so times are starting to turn for the virus and life will hopefully go back to normal like last year. Next month Utah is getting rid of mask restrictions but they will still be required in places like schools and some stores.
COVID-19 vaccines help our bodies develop immunity to the virus that causes it without us having to get the illness. Different types of vaccines work in different ways to offer protection. But with all types of vaccines, the body is left with a supply of T-lymphocytes as well as B-lymphocytes (Different types of defense white blood cells) that will remember how to fight that virus in the future. It typically takes a few weeks after vaccination for the body to produce T-lymphocytes and B-lymphocytes. So it is possible that a person could be infected with the virus that causes COVID-19 just before or just after vaccination and then gets sick because the vaccine did not have enough time to provide protection. You can also get sick after the vaccine which is normal because your body is just getting immunity to it and building T-lymphocytes and B-lymphocytes to fight it. Our bodies are a unique thing that can repair itself which is truly remarkable. Side effects are common but are mostly mild to moderate. Side effects such as fever, chills, tiredness, and headache throughout the body were more common after the second dose of the vaccine than the first one because it's more severe than the first unless you get the Johnson Johnson where it is one then it is the 2 in one. Most side effects were mild to moderate. However, a small number of people had severe side effects.
This is mostly stats for the United States but it might be different in other areas. Make sure to wear your mask and keep following the COVID-19 restrictions for only a few more months and we can be done with this and go on with our lives. Stay safe and wear your mask.
Posted 3/17/21
​
https://covidtracking.com/data/#chart-annotations https://www.cdc.gov/coronavirus/2019-ncov/vaccines/different-vaccines/how-they-work.html https://www.sciencenews.org/ https://cen.acs.org/index.html 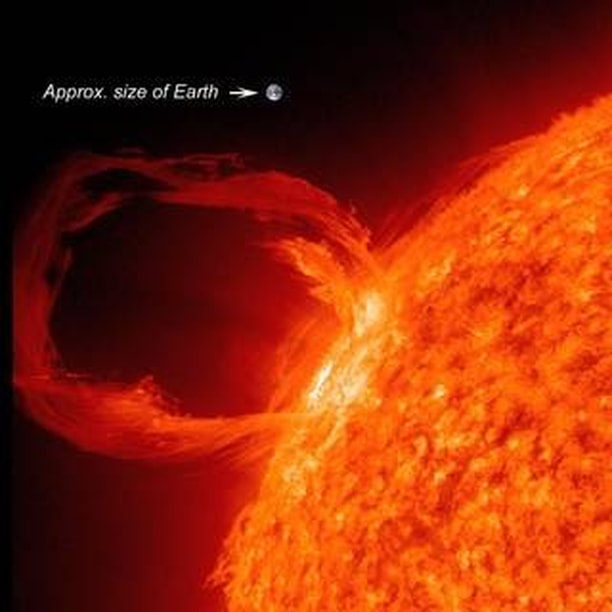 Are Solar Storms a Threat to Earth

Out of the darkness 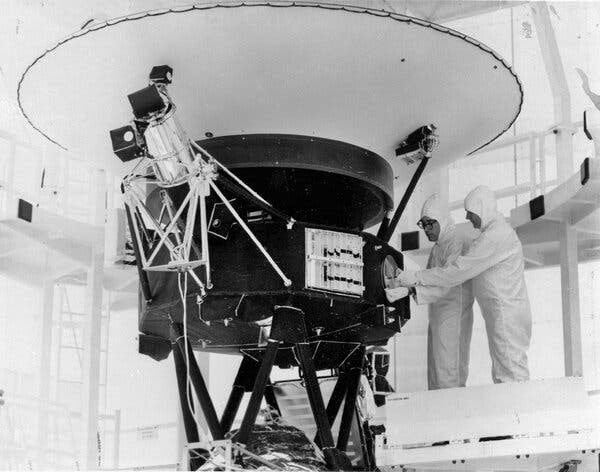 The Future of Bluetooth 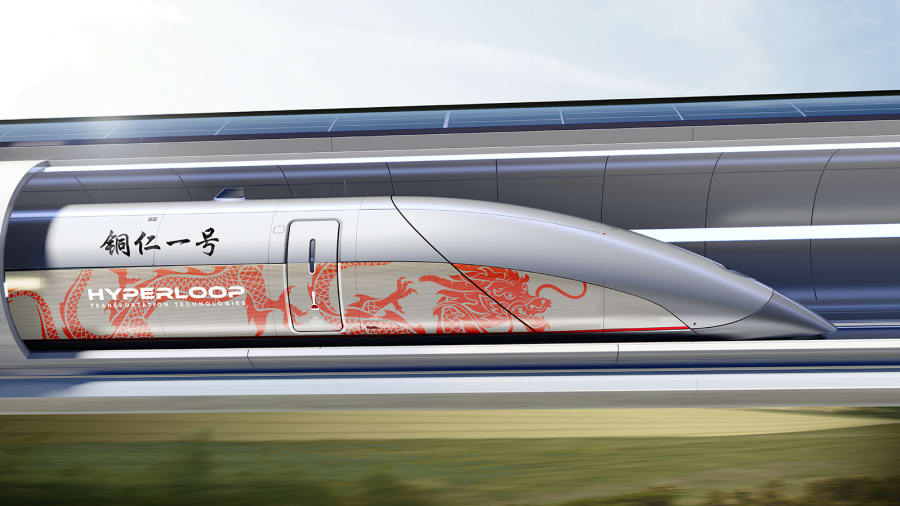 Hyperloop is a new form of ground transport currently in the making by several companies, It could see passengers traveling at over 700 miles an hour in a floating pod which races along inside giant low-pressure tubes, either above or below ground. The hyperloop was pitched by Elon Musk himself many years ago. The hyperloop train is thought of to be the transportation of the future; it will get people around much faster on the ground.
It will be above and below the ground for different types of travel. They do very low-pressure tubes with lots of air for the pod to float on. Making it less dense then the air outside of it causing things to float on it. The train uses something called magnetic levitation and it is a method by which an object is suspended with no support other than magnetic fields. Magnetic force is used to go against the effects of the gravitational acceleration and any other accelerations. Magnetic levitation lifts a train car above a track, as the magnet-like poles push the train upward off the ground. The magnets also propel the train as poles repel and push the train forward. The pod is floating above the ground so there isn’t any resistance against the ground or the air so it just glides. Magnetic levitation has been used on some train systems since the 1970s. When people ride in the hyperloop they aren’t supposed to feel any gravity or force upon them because of the magnetic levitation they shouldn’t feel any air resistance either. Many companies are working on things like this: companies like SpaceX/Tesla, Hyperloop 1, Virgin Hyperloop, and many others are working on transportation like this. Virgin Hyperloop even had its first test drive with actual passengers about 2 months ago. Virgin Hyperloop is farther along than the other companies making technology just like it for transport.
Jay Walder (CEO of Hyperloop 1) said “Our company's hyperloop system will be certified in 2025 or 2026, and that we could see hyperloop projects before the decade ends”. Hyperloop looks like it is the most promising type of transportation for the future.
Elon Musk is working hard to make the hyperloop a reality. Elon’s Construction company is digging holes for the hyperloop and he is using his AI and electronic technology to make the hyperloop as best as possible. Elon Musk has 2 of the most expensive companies in the world so if given time he might be the first to even achieve the hyperloop.

​Posted 2/4/21
The video below shows what the Virgin Hyperloop will hope to look like in a few years.
Posted 2/3/21

By Caleb Bevan
Science&Tech Editor
​
Apple has done it again creating an amazing product that will blow people socks off with all the tech in it. Apple has recently released the new Apple Airpods Max, they are Apple's most recent tech release so everyone is waiting to see how good these Airpods are.
“AirPods are the most popular headphones in the world, beloved for their effortless setup, incredible sound quality, and iconic design. With AirPods Max, we are bringing that magical AirPods experience to a stunning over-ear design with high-fidelity audio,” said Greg Joswiak, The Senior Vice President of Apple.“The custom acoustic design, combined with powerful H1 chips, and advanced software enable AirPods Max to use computational audio to wirelessly deliver the ultimate personal listening experience.” says Greg Joswiak.
The new Airpods have a stainless steel frame and a noise-canceling mode. It has 11 microphones on it. There are 8 for active noise canceling and 3 for voice pickup. It even comes with a free case to bring it around if and a charger so you can charge them on the go. These headphones have everyone's attention for being the new Apple product and because they cost as much as they do. They are designed to fit anyone no matter their head shape or size. The ears cuffs on the headphones even fold inwards. The cuffs have pillow mesh in them to make them have a soft fit and to make them feel like you're lying on a pillow. These AirPods are top of the market tech for today's age and have so many more features than the AirPods that have been released before them. The AirPods have spatial audio with dynamic head tracking that gives you an experience like the movies, with a sound that surrounds you. Using built-in gyroscopes to track your head. To top it all off they say they have a breakthrough listening experience that is better than the 2 other AirPods released by Apple.
So overall these new AirPods seem like they are going to be the new tech and show all the other headphones who are in charge. These are Apple's latest releases so the world waits to see how good these new AirPods really do against everything else.