Subscribe to our publication to stay up to date on new stories:

The End of the "Tail" of Winter the Dolphin, an Inspiring Story

Winter the dolphin had one of the most incredible journeys of all time. Sadly, that journey has come to an end, as she passed away on November 11 at 8 pm. She was 16 years old, and was suffering from a possible gastrointestinal infection. So, in loving memory, here is the inspirational tale of Winter the dolphin.
Winter was caught in a crab trap when she was found off the coast of Florida. She was taken to the Clearwater Marine Aquarium, where they tried to rehabilitate her. Unfortunately, Winter’s tail had to be amputated after the injury. When she started swimming again, the way she swam damaged her spinal cord. She was moving in a side to side motion, instead of the up and down motion that a dolphin is designed to do. Scientists were uncertain what to do to fix this problem, and some were even convinced that there was nothing they could do. But, with a little bit of engineering and creativity, they created the first ever prosthetic dolphin tail. Of course, the first tail did not work after the first try. It took a few times for Winter to both be comfortable and be able to use the tail. Winter’s story brought thousands of people to the Clearwater Marine Aquarium to see her, and a program started to have people with disabilities swim with Winter. Winter became proof that a disability should not, and cannot keep you from living your life.
After the death of the dolphin Panama, who lived with her, Winter needed a new partner. Dolphins are very social creatures, and as such it is illegal to keep a dolphin alone in an aquarium. Thus came Hope. Hope was a young dolphin discovered beached (caught on shore and unable to return to the water) with her dead mother. Experts determined that Hope could not return to the wild, due to the fact that she had not learned the necessary skills for survival. This made her the perfect pairing for Winter. They were put together, and became good friends. Hope literally gave Winter hope.
Winter and Hope have inspired us all. Theirs was a story of love, hardship, and perseverance. Winter will be deeply missed, although she’s swimming in the ocean in the sky now. Rest in peace, Winter. ❤

How You Can Get Involved during December's Charity Month

School Sterling Scholars Selected- Competing in Next Round

Newsies Stop the World and Take the STage NExt week

Shopping Early: Signs of the Toy Shortage Coming this Season 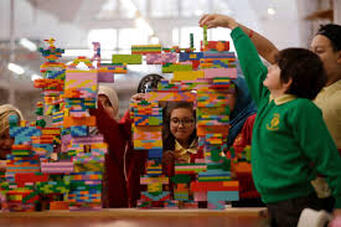 The makers of some of the most popular toys in the United States have announced that there is  a global shipping crisis and labor shortages that is limiting their ability to keep stores stocked throughout the fall holiday shopping season. Two leading toy company CEOs fear that the result of inflated prices means that many children won’t get the toys they want for Christmas. There’s going to be a major demand, but there won’t be products to fill that demand. It’s being said that toy industry insiders are being accused of taking advantage of the global freight containers by dramatically raising their prices. A container that would’ve costed $3,000 last year is now $22,000.
Even after paying more to get products to US shores, there is still a truck driver shortage preventing toys from getting to warehouses and on shelves. The toy industry landscape is yet another example of the how the largest companies win big and smaller companies lose out during the pandemic recovery. Families that have money to spend will still buy the toys if toys are available. Toy sales have continued to flourish throughout the pandemic as parents turn to dolls, Legos and board games to keep their kids entertained while many have been forced to spend more time at home. Pandemic conditions and stimulus money from the federal government resulted in a holiday sales boom last year.
Many companies are limiting their inventories. By keeping inventories thin, major retailers have been able to use more of their space to display a wider array of goods. It seems that this approach has become useful. If you or anyone is able to go out and shop early this year then now is your chance. Shop early this year friends.

Safe Space SIgns and why They're Important to Students

How Chargers Danced THeir Bones off at the Spooky Dance

BY OAKLEE EWING
MIND AND BODY EDITOR
​
Hey Chargers! This last Saturday (Oct. 23) was the infamous Halloween Dance! Though the overall theme for this dance was Disney, groups across the school had their own, unique ideas. My own group decided to have a carnival theme, so I along with my best friend Jaycee were marionette dolls, my boyfriend and her date, Jordan Rich, the puppet masters. Kerklyn Hoff and Kolsyn Folkerson were ring leaders while Rylie Barnes and Tommy Hasleton were clowns. Vee Witzel and their group are going as “dynamic duos” which includes, but is not limited to, Barbie and Ken, Harley Quinn and the Joker, and Woody and Jessie.
The dance started at 8pm and slowly but surely the commons filled up with students in their costumes! Disappointingly, I think the only halloween song I heard play was Thriller. Monster Mash would have been a great addition. This dance was your typical high school “mosh to anything with a beat” and we ended up getting the wind knocked out of us and pushed around from kids running into the mosh not looking anywhere they go. It was fun, and the songs were fine, but definitely the majority of the music was overplayed popular songs that I and many others quickly got tired of. Seeing everyone in their cool costumes was definitely worth it. There was a student seen in a maid costume, many StarWars themed groups, your typical dalmatian and firefighter duo, and even Coraline!
Even though we just got through the Halloween Dance, and haven’t even celebrated the real Halloween yet, in two weeks’ time (November 6) the winter formal dance will take its place on this Headline News.

Come see the Grand Opening of the New School Store: The Shacc

Keeping Up With the Country: What's Up With U.s. News of the Week

As people living in America, we’re advised to stay informed about what’s going on around the country because once we’re 18 we can vote. Now most of us can’t vote quite yet anyways, but it’s my opinion that it’s still important to know about what’s happening in the world around us. Of course, there are plenty of ways to see the headlines of all the big news stories, but you have to actively check them if you want to be able to stay up to date. So, if you’re here because your teacher is having you look at the chronicle as a starter, or if you’re just looking at it because you’re bored in English (as my younger brother told me he does) then here’s your chance to see what’s going on in the U.S. this week.
On CNN, the main headline news page tells us that the most important thing going on this week is that a fire in California has gotten so bad it’s forcing people to start evacuating. They say that the heavy winds they are experiencing right now are making it very hard to tame and to stop from spreading. I suppose those heavy winds are starting to travel across the country because on a call with my grandparents yesterday, I was informed that they felt as though their house (in Las Vegas, Nevada) was going to blow down for three hours straight.
On ABC News, the biggest story today is about William Shatner (Captain James T. Kirk from the original Star Trek series), who is the oldest man to ever go to space. At 90 years old, he took a little trip in a fancy rocket ship and says that he felt “overwhelmed” by the experience. Nonetheless, he encourages anyone who has the chance to take such a trip to take it, saying that everyone should do so.
NBC news reports that the percent of money that retired Americans are getting from social security has just increased. They say this is a good thing and is benefiting 70 million people, but I wonder personally where we are getting this money because of all the talk that the government will shut down soon when they run out of funds.
Below is a list of news sites that you can sign up for with subscriptions so that you can continue to stay updated on the news around you!